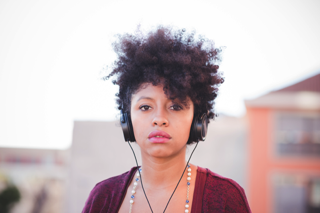 It is hard being a woman in a society that disapproves of aging women and favors straight hair. In fact, coloring and straightening hair is regarded as “professional,” “good grooming,” or “taking care of yourself.” But at what a cost — a new study shows hair dyes and relaxers are significantly associated with breast cancer…especially for black women.

Why the cancer link? The researchers pointed to toxic compounds in hair dyes known as “endocrine disrupters.” This means these compounds mimic hormones and interfere with normal hormone function, thus causing imbalances and an increased risk of cancer.

The chemicals used in products geared towards black women may be more “hormonally active,” according to researchers.

Women are increasingly being encouraged to choose health and longevity over toxic cosmetic options. For instance, a movement is under foot to embrace silver and gray hair and black women are encouraged to embrace their natural hair, with one state so far banning discrimination against black people who wear their hair naturally (many employers discriminate against black women who forgo chemical straightening).

Although most commercial women’s hair and body products are laden with toxins, hair products aimed at black women contain a disproportionate amount of chemicals linked with early puberty, obesity, asthma, and cancer.

A 2016 study showed black women’s bodies contained higher burdens of the toxic chemicals found in hair products than in women of other ethnicities.

Researchers have so far identified more than 70 harmful chemicals in relaxers, root stimulators, and anti-frizz products.

Toxins in these products (and in other beauty products in general) have been shown to have the following impacts on health:

Just one product alone can contain 30 different toxic chemicals. How these chemicals affect human health when in combination with one another has not been studied.

While these products harm black women, the Black Women for Wellness Report also points to the complexity and conflict between harmful hair products and the positive role of hair salons in black communities.

Ask my office for advice on how to lower your toxic burden, buffer your body from the effects of toxins in our everyday lives, and improve your overall health and well being.